The Sunday Alternative is a free podcast made for the love of discovering and sharing new music. I do it for free and am happy to do so. However, if you have enjoyed it then please do consider making a donation using this PayPal button. This will enable me to continue with this podcast and also to make other free entertainment, both in the fields of music and comedy, which I will make freely available online.

There is of course no obligation, but many thanks in advance if you do.

If everyone who hit this podcast paid one pound a month it would make a massive difference.

So this is the end of an era, and hopefully the start of another. The Sunday Alternative said good bye to Trent Sound today, there were no tears although a little sadness. 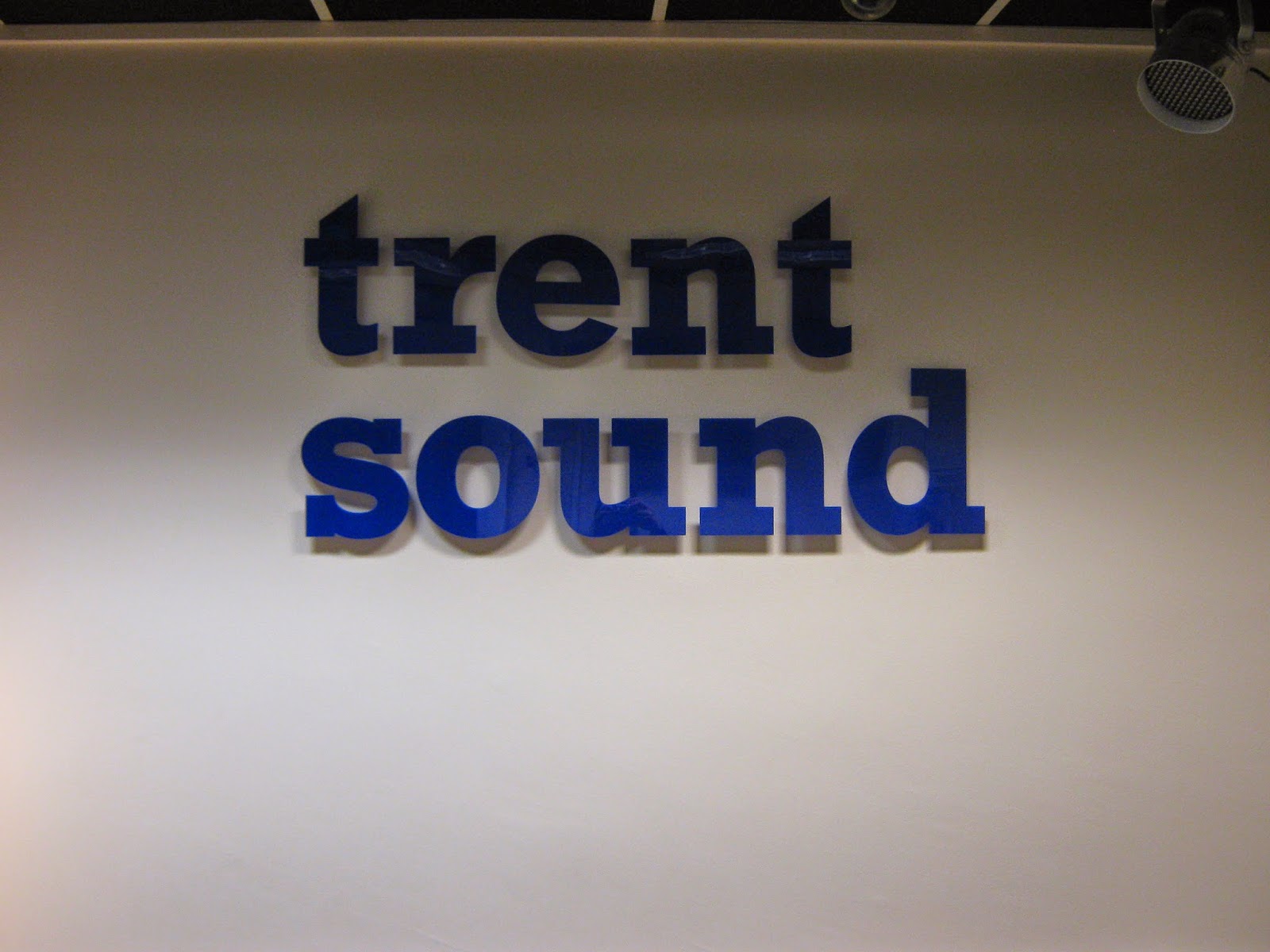 I was so involved with keeping the show running while at the same time drafting a speech, that I forgot to write down the songs I played. Never mind, this is the final goodbye speech to the Trent Sound listeners.

I've really enjoyed doing The Sunday Alternative, in an age of bland, same six songs all day long radio, to have total creative freedom is something to cherish, not just for the presenters but also for you the listeners.

Thank you for listening since September 11th 2011, but please be assured that it is not over for The Sunday Alternative. After a short break I'll be back with a weekly video series, and I'll be showcasing new music on my new monthly podcast BlogCast Monthly, available by email only so send a blank email to blogcastmonthly@gmail.com to catch that on the last Friday of the month from April. My American show The Sound Of Nottingham UK continues on Connecticut's Robin Hood Radio, and I'm keeping other irons in the fire.

Keep an eye on my Twitter @SteveOliver76 and @SundayAlt for updates, and the Facebook page. Don't forget you can hear all the old shows at mixcloud.com/thesundayalternative.

Thank you again.
Posted by Steve Oliver at 15:34 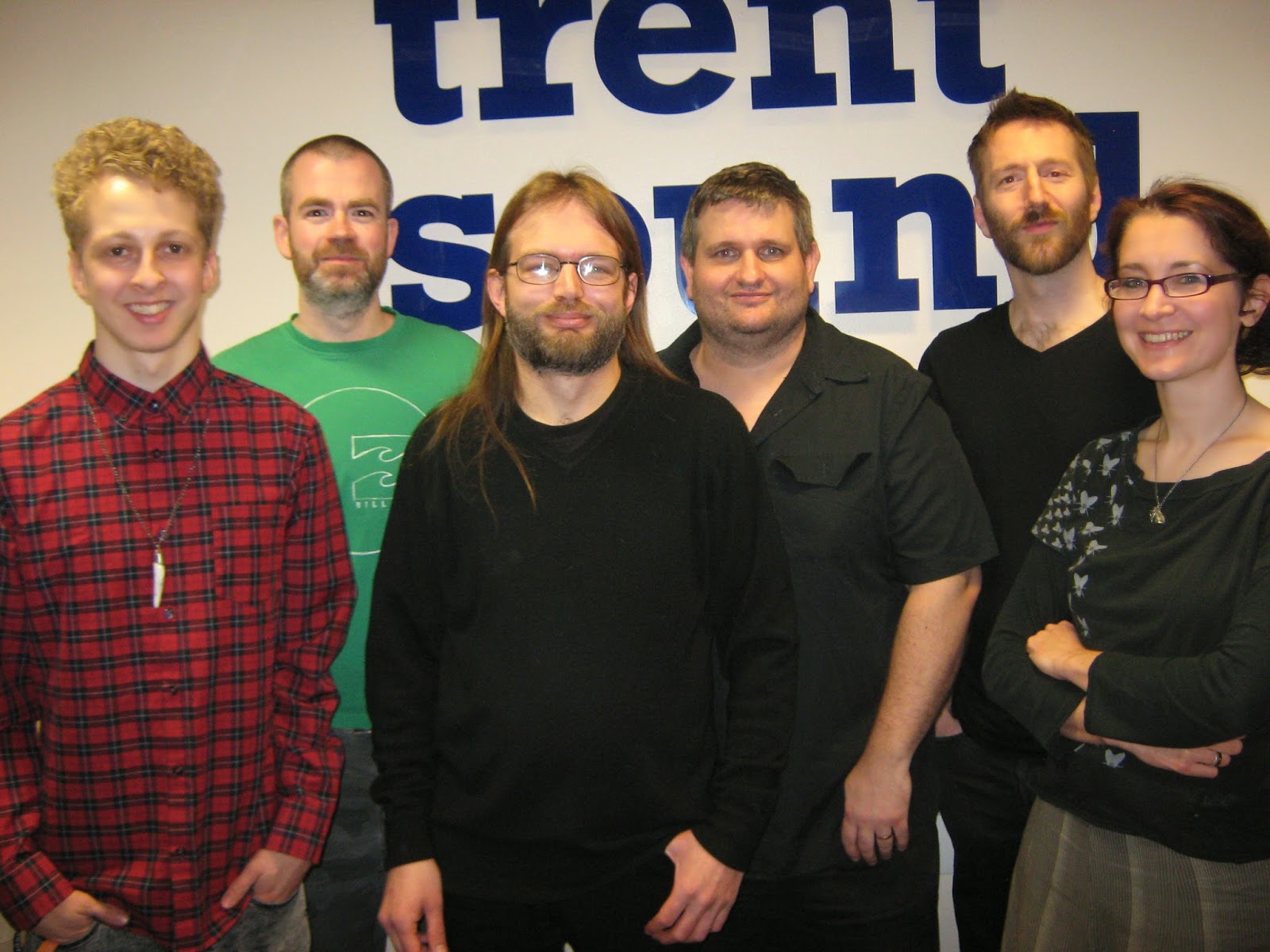 I was joined in the studio by Wild Man Of Europe for what will sadly be the final live music session on the show. Nobody here is that keen on the changes, but there's very little that can be done at this point. 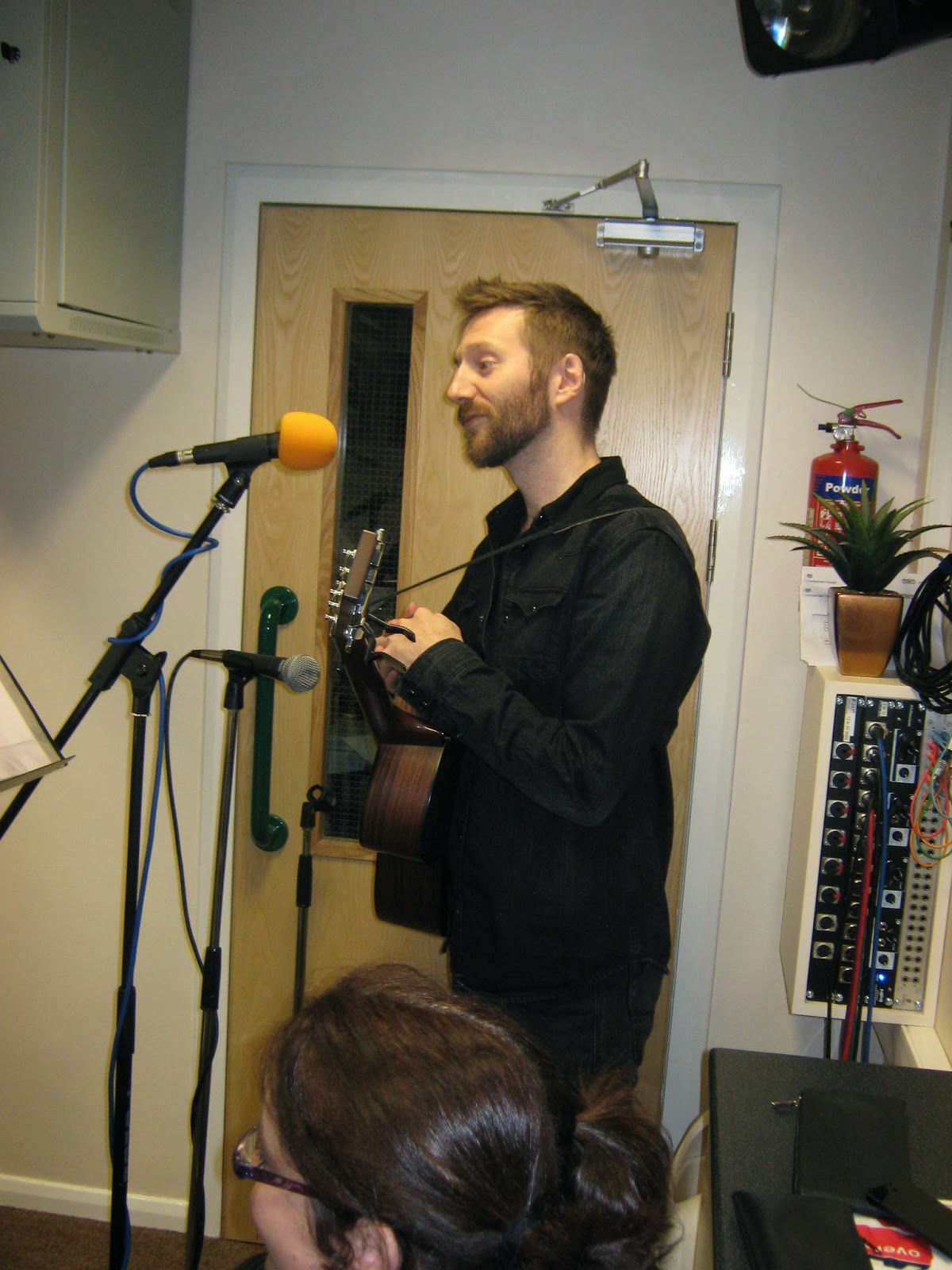 The live set was excellent though, helped by the fact that they are a nice bunch of people. I'm always a little apprehensive when it's a band I've not met in person but I didn't need to be today. 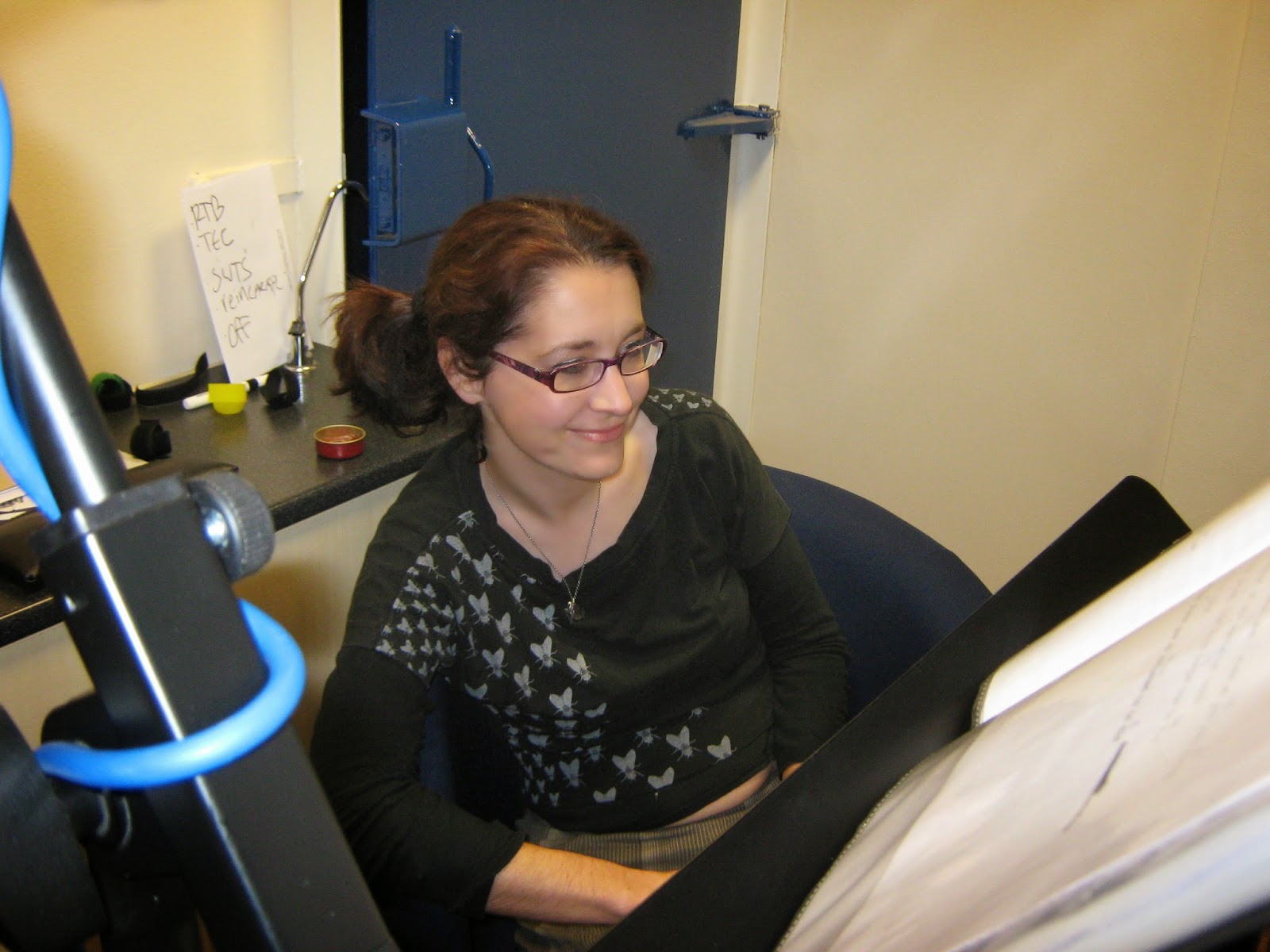 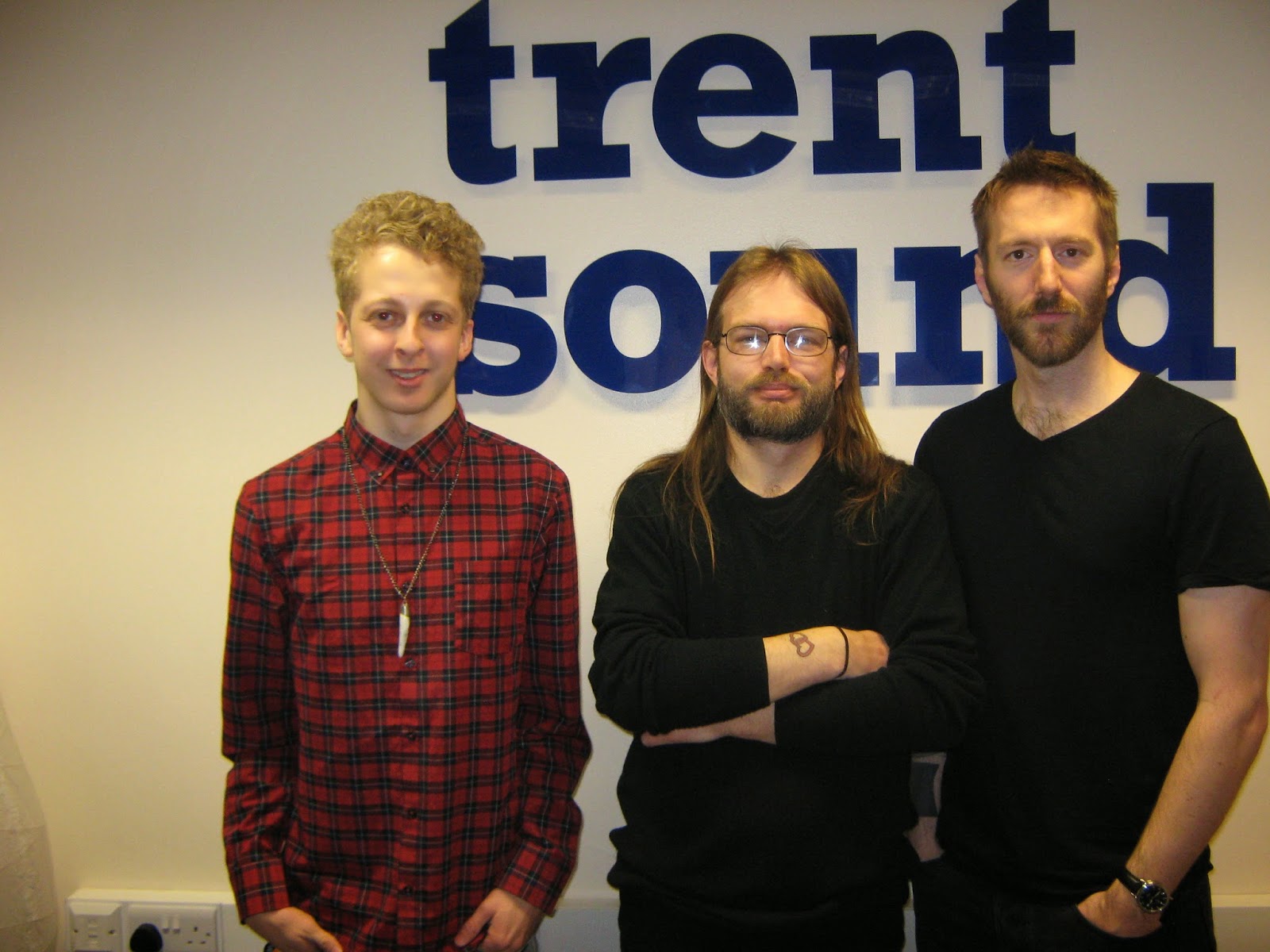 Email ThisBlogThis!Share to TwitterShare to FacebookShare to Pinterest
Labels: Wild Man Of Europe

Savior On The Tram

I was just stepping on the tram on the way to the studio, (three stops away) when my phone rang. It was Mandi to tell me that I had picked up last week's weekly tram pass instead of the current, valid one. Not only did I step straight into the path of the ticket inspector, but the tram was filled with what I refer to as 'cunt squad' (hasn't caught on yet); the high-visabilty jacket wearing bunch of jobsworth ticket inspectors. For some reason they need a team of six to do this job, which means that as it is Sunday the tram company are actually paying twelve wages as today is double time (I only ever show my pass to one of them on principal of the fact that it is a one person job), so I was fucked. I explained to the ticket guy that I had picked up the wrong pass, hoping that he would understand. Maybe it was the presense of cunt squad (seriously, they'll all be calling them that soon) that made him do his job to the letter, but he said that I would have to buy a ticket. I only had 1.40 in change on me, and they don't take cards on the tram. I said that I would use my card to buy a ticket from the machine at the next stop, but of course the new machines weren't working. My next offer was to buy a return ticket on my way back, but that wasn't good enough either. I explained who I was and that I was on my way to do my radio show, and I can only assume that he either isn't a lover of high quailty music, or he works this shift every Sunday afternoon and hasn't had the chance to listen to my show (I should have told him that all the shows are available on Mixcloud) because that didn't work either. Just when I thought that I would have to get off and be late for my own show, a stranger gave me the 60p difference as an act of kindness. That man saved radio today, and if you like music, you owe him a drink.

The show was a busy one, in the first hour I was talking to punk poet Eagle Spits about his charity work for Casa Alianza, and the four volume compilation album he has released, Punk 4 The Homeless. He brought his book of poetry with him too, so in addition to playing a few tracks from the album he also performed one of his poems. 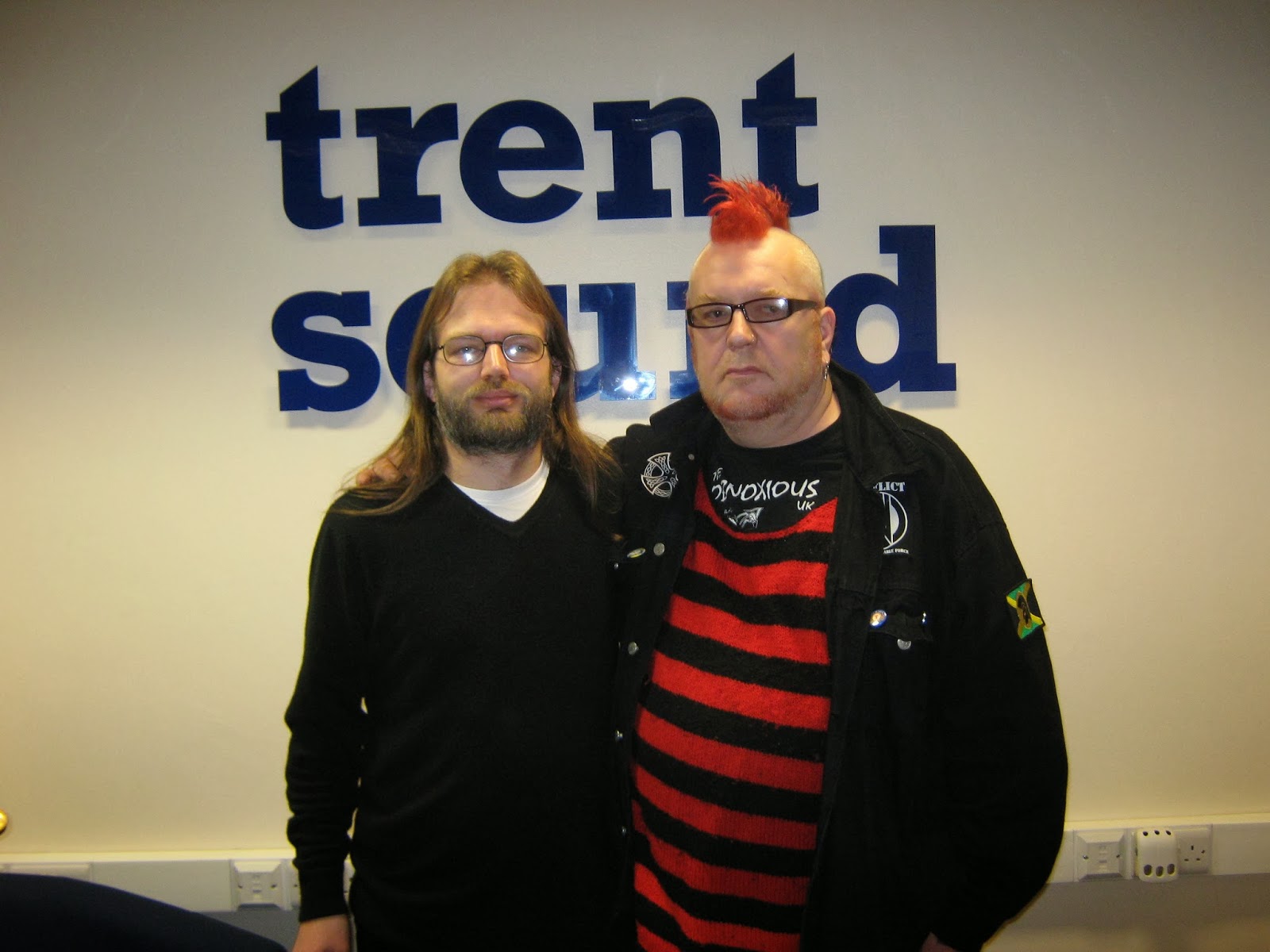 My musical guest was Adam Clarkson of Captain Dangerous, in to play three brand new songs from the band. I've known Adam about four years but been a fan of the band for longer, and he is always a pleasure to talk to. The main thrust of our conversations, on and off air, are mentioned in my main blog. The songs were great, I can't wait to hear the full band versions.

(Note: This was Adam's third appearance on The Sunday Alternative) 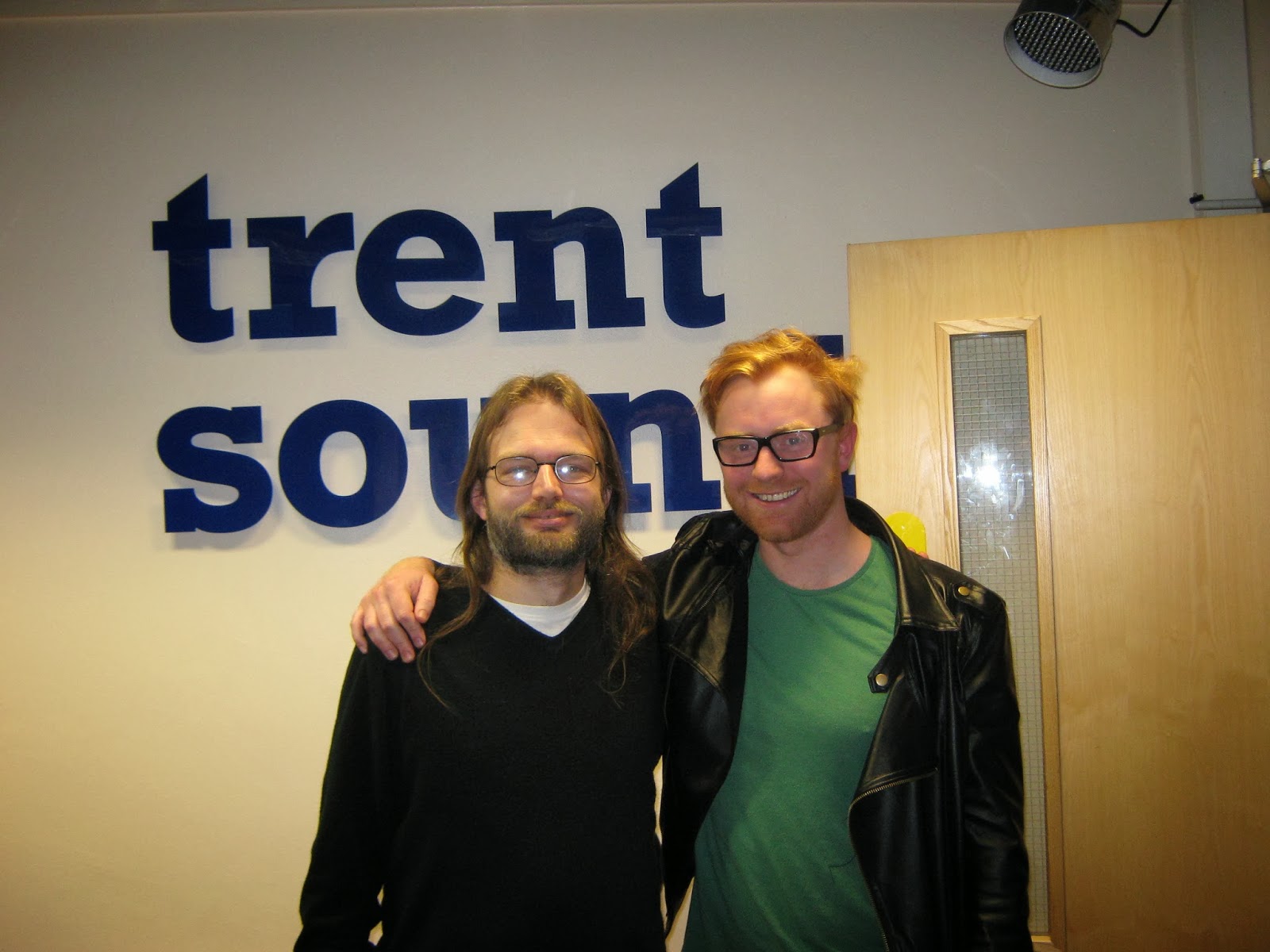 Adam Clarkson, live performance:
'Hang Your Head In Shame Darlin''
'Down And Out In Kennleworth'
'King Richard 4th'

The Sunday Alternative opening jingle, as written by Broken Record